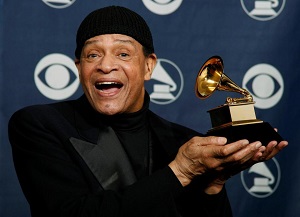 Whether you’re 32 or 72, you’ve lived to see the loss of another musical icon today.

So many greats have died of late, it’s really quite astonishing.  Last year alone, we lost Prince, David Bowie and Muhammad Ali and some would say each was the greatest of all time, in their genre.

I would say that the greatness of each lied not in what they did, but who they were.  They were unique and they sold their uniqueness.  Each was a brand before branding was a marketing tool. Prince, as the ultimate brand, sold millions of records as a symbol without a name. Now that’s branding!

So, what’s your brand? What’s that thing that sets you apart? What do you hope to be known by?

Do you hope to be known by your wealth, your home, your position on the board or your kindness, humility and compassion?

If you had to give up your name for a symbol, what symbol would that be?

And fear not if you think it’s too late to create your own brand. Al Jarreau didn’t record his first album until he was 35 and announced his retirement from music just days ago, at age 76.

You don’t have to be the greatest of all time to be great. Spread the seeds of your uniqueness. The world will take note, your harvest will grow and one day you’ll be known by your fruit.